How Do Chronic Migraines Affect People?

Migraines and Their Symptoms

Migraines are very disabling. They can make patients suffer from extreme headaches and other symptoms for a couple of days or even weeks. However, some people experience migraine headaches on 15 or more days per month — chronic migraines as doctors call it.

Patients with chronic migraines may feel that relief is impossible, which is not true as there are numerous options out there to manage their symptoms.

Chronic migraines display the same warning signs as typical migraines, except they come with additional challenges because they happen so often. Migraines can cause the following:

Besides those symptoms, people with chronic migraines may have additional things to face:

There are many theories as to how migraines occur. One theory is that migraines originate from underlying neurological abnormalities produced by genetic mutations at work in the brain.

Migraines can also be due to a problem in the trigeminal nerve, a vital part of the nervous system. The trigeminal nerve is a system of nerves that connects to sensors in the muscles, tendons, facial skin, and other parts of the face and head area. When the system malfunctions, electrochemical activity occurs within the surface of the brain. People with migraines start to experience odd sensations, such as visual disturbances, headaches, and nausea.

Migraine Triggers You Should Be Aware Of

Some things can bring about a migraine attack. Watching out for these triggers can help you avoid or minimize future episodes of migraines. Some of the common migraine triggers include the following:

To learn more about the connection between head and neck injuries and migraines download our complimentary e-book by clicking the image below. 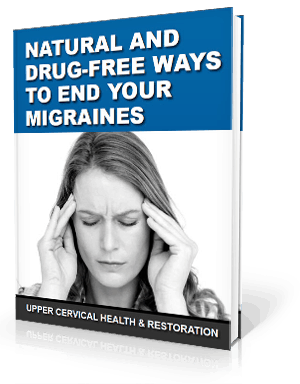 Exposure to sunlight can prompt a migraine episode. Also, bright lights can cause severe migraine headaches, which happened half of the time in migraine patients who participated in a study. Wearing sunglasses, a hat, and avoiding sunny or bright places can help.

Too loud or disturbing noises like fireworks, concerts, or construction can bring on a migraine. Specific patterns of sound can also instigate symptoms of migraines. Wear earplugs to block noises around you.

Cigarette smoke, perfumes, and the smell of foods — all these can trigger a migraine or make an existing episode much worse.

Skipping meals can reduce your blood sugar, resulting in migraines.

Too much or too intense exercise can make migraine episodes worse. Exercise moderation is the key to steer clear of migraines.

Be sure to drink 8 to 12 cups of water every day to keep yourself hydrated. A migraine attack is likely to happen if you are not drinking enough water.

Three times  as many women get migraines than men do. Many female migraineurs report having migraine attacks during menstruation. Oral contraceptives are also another culprit. Pregnancy may bring relief or worsen migraine headaches.

Many migraineurs also experience attacks when the temperature changes from hot to cold. Lightning and thunderstorms are also to blame in some cases.

Overuse of painkillers and other medications may result in more frequent or worse headaches.

Too little or too much intake of caffeinated beverages such as coffee and energy drinks can bring about migraine headaches. Also, know that some over-the-counter medications contain caffeine.

MSG, aspartame, and other flavor enhancers can also cause migraines.

According to a study, about 12 to 60% of patients report foods as their main migraine trigger. Here’s a list of migraine food triggers.

Patients who live with chronic migraines live in constant fear that another migraine attack can be just around the corner as soon as they recover from one headache.

As mentioned above, researchers believe that issues in the central nervous system (CNS) cause migraines. The C1 and C2 vertebrae are vital parts of the (CNS) as they protect the brainstem, which is the body part that facilitates blood flow leaving and getting into the brain. Damage of the brainstem can irritate the nerves surrounding it, disrupting the communication of signals in the brain and body. This results in many health problems, such as migraines.

Here at Upper Cervical Health & Restoration in Seneca, South Carolina, we use a gentle technique to adjust the misaligned C1 and C2 bones. We use scientific measurements and devices to identify the misalignments. We adjust the vertebrae accordingly, gently encouraging the bones to return to their correct positions.

After receiving upper cervical chiropractic care, migraine headaches in patients can be less severe and less frequent or disappear entirely. Contact us to start consulting with trustworthy migraine chiropractors in South Carolina.

To schedule a consultation with Dr. Holliday, call our Seneca office at 864-888-4399. You can also click the button below.

If you are outside of the local area you can find an Upper Cervical Doctor near you at www.uppercervicalawareness.com. 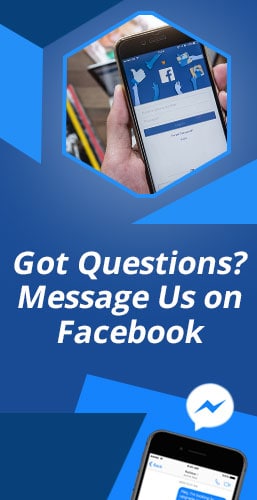 “COVID-19 Response – How we are keeping our patients safe

Yes we are open,

We know many of you are concerned about the ability to continue your needed chiropractic care, we are as well.

We are taking all the steps necessary to be able to provide our services as safely as possible. We already are keeping all surfaces clean, including door knobs and the adjusting tables. We are no longer greeting you with handshakes and we will have our staff keep their distance as you navigate the building to the adjusting rooms. The doctors will be making sure their hands are sanitized. In order to ensure there will not be more than 3 in the waiting area at any time – we ask any guests not being treated or assisting a patient, stay home or in your car. If you feel that you may be feverish, we ask that you reschedule your chiropractic appointment until your symptoms subside.

We would like to extend a special offer to any first responders, medical staff or other “frontline” workers who are over working and need to keep working for us all. This would include Consultation Exam and X-rays if needed, until April 15th. We would ask that you do provide proof of your position that would qualify you for this special. Please share this with those you know and appreciate.

We know that you know the seriousness of many of the conditions we treat, yet many do not. Many would be debilitated were it not for the care we provide. This is why we will stay open as long as we are allowed. In addition, it is again worth noting the significant benefits of upper cervical chiropractic care on the immune system. I plan to share these many studies in posts to come. I do not say this to ignore medical advice or consider chiropractic as a panacea, but to consider as part of your overall plan to keep your immune system as healthy as possible. This would include your diet, rest, stress level and obvious hygiene of which we all have been reminded.

We sincerely appreciate those of you who have trusted us with your care over these past 18 years. Stay tuned for continuing updates.